Welcome to Mt. Kailash and Lake Mansarovar Yatra. It’s our privilege to be your guide on this Journey to the God’s. It’s your faith that has brought you on this journey and it’ll be our experience and efforts that’ll take you comfortably through these revered and sacred heartlands of Western Tibet. To us, guiding devotees on this barren land without proper tourism/pilgrimage infrastructure is not a mere profession we follow but in fact, it is our commitment to humanity. Being of service to the devotees is our ‘Pooja’. And doing it economically, giving all the conveniences and comforts possible, is our joy.

It is with this sense of joy that I for now part from you but not without requesting for your co-operation during this noble journey. 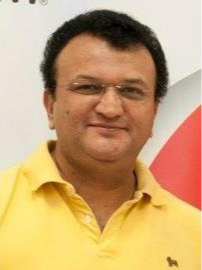 Travelorg India is a travel company formed by professionals who have spent years in the travel industry.

The Kailash Manasarovar Yatra is going to be our mainstay because of Mr Trivedi’s expertise in the Holy Tourism division. We have introduced some very significant packages like Chardam Yatra, Vaishnodevi, Amarnath, Ashta Vinayak, Shirdi, Tirupati etc. which we are very popular with the devotees.

We have offices in Mumbai, Maharashtra. India and Dallas, Texas. USA

Navel of the earth : a place where the divine takes earthly form. For Hindus, it is Kailash, for Jain – Ashtapada – Meru, for Buddhist – Kang Rinpoche

To most pilgrims it is enough to know the mountain is holy, they do not ask why? But take its presence as a blessing and go through tremendous hardship to be touched by its power.

The holy place never had any beginning. They have been holy from the time they wear discovered, strongly alive because of the invisible presences breathing through them. Man is amazed or fearful as he feels the vibrations of invisible power in the air, and religions, feebly falling behind like all human institutions, gradually assign various names and different symbols to delineate the mystery.

Man’s response to Kailash and Mansarovar is varied and fascinating, emotionally moving in itself. But underlying the different cultural and religious expressions is a more fundamental reality, a realm approached not by reason, but by intuition and faith. Faith does move mountains. In the case of Kailash, it has lifted an earthly peak into the realm of the divine, transforming it into a symbol of the single unifying centre lying at the heart of all creation.

A Kailash Mansarovar region is the origin of Indus, Satluj, Karnali and Brahmaputra River.

Once the sky was covered with cloud and suddenly the moonlight showed from the crack, which has just appeared in the cloud, the silvery rays came down on Mansarovar and it appeared as if a god is descending down from the heavens to take a bath in the Manas. It seemed as if divine spiritual power is incarnating itself with Mansarovar. This scene refreshing and spirit rejuvenating and is beyond the expressions of words. Even during the daytime, the sun also presents the same scenic refreshment.

Once you have seen this place, you can rightfully feel that you did not have such an experience in the past and you are not likely to have any in the future.